The augmented chord is one of the least understood chords among beginning piano students. It is frequently used by composers and songwriters to elicit feelings of otherworldliness, dream-states, surreality, and ethereal feelings.

Despite their seemingly scary reputation, augmented chords are not terribly difficult to understand and incorporate into your piano playing if you desire. Read on to learn the mysteries of the ethereal augmented chord!

What is an augmented chord

At a basic level, the augmented chord is a triad, just like the major and minor chords. It contains three tones with a particular intervallic structure.

To start, let’s review the C major triad as we will build the augmented chord from there. Remember, the intervallic structure for any major triad is a major third followed by a minor third. In the example of C major, the chord is spelled C, E, and G.

If you recall from our study of the diminished chord, we flattened the fifth (or diminished) to build the chord. We will do a similar trick here.

To build augmented triads, all you need to do is “augment” the fifth of the major chord. In music theory, augment essentially means raising the note by one-half step. So, following this logic the C augmented triad will be spelled C, E, and G♯. 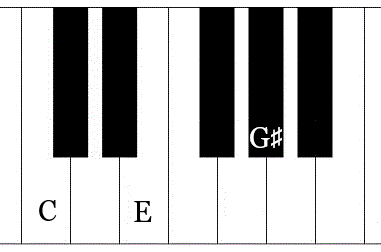 How many augmented chords are there?

There are twelve basic augmented chords, one starting from every root note.

However, like the diminished chord, the augmented chord is a symmetrical chord. This means that every note in the chord can function as the root. Let’s examine this a little further as these are not like other basic piano chords.

With all that said, there are twelve augmented chords, one for each root note. However, because of the symmetrical nature of the augmented triad, there are only four unique sets of notes.

Look at the circle

If we draw these four sets of augmented chords on the circle of fifths, it looks like this: 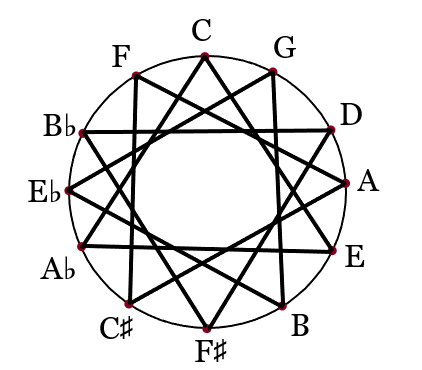 Now after all this music theory talk, you may be wondering what an augmented chord sounds like exactly? Hopefully you have been trying to play these augmented chords on your piano while reading this article!

If not, here you can hear the sounds of some augmented chords:

How to write an augmented chord

How to use augmented chords?

Augmented chords are primarily used to build tensions or create an ethereal and unstable mood. They can be used as passing chords or take the place of dominant chords in a progression.

Since the augmented triad is symmetrical, we can treat any tone of the chord as a leading tone with voice leading in a major key or a minor key.

For example, if we take a G augmented chord (G – B – D♯), we can treat G, B, and D♯ all as leading tones. Therefore, we could resolve G up one half step to A♭ like this on the grand staff in music:

We could also resolve the G down one half step to F♯. We would then have a B major triad like this:

If we treat B as the leading tone, we have resolutions up to C minor like this:

And if we treat the D♯ as the leading tone, we can resolve upwards to E minor like this:

How to play augmented chords on the piano

Augmented triads are not extremely difficult to play on the piano. We just need a little bit of practice to get the sounds in our ears and under our fingers. Here are some ways you can use augmented chords on the piano: 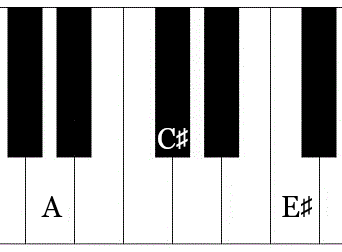 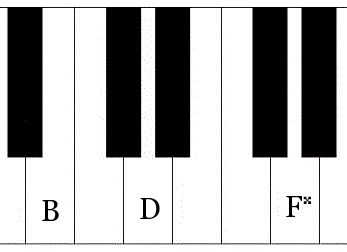 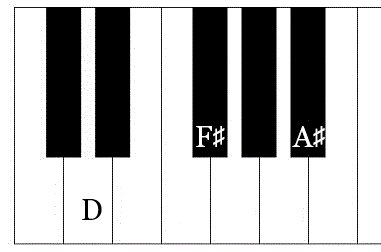 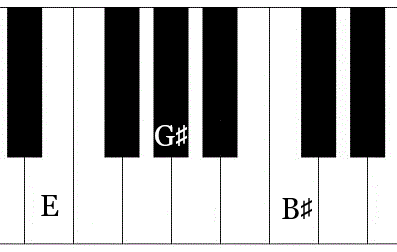 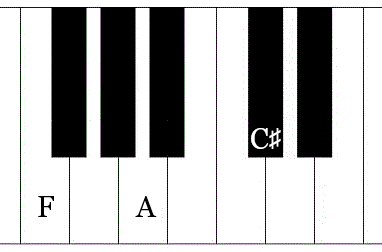 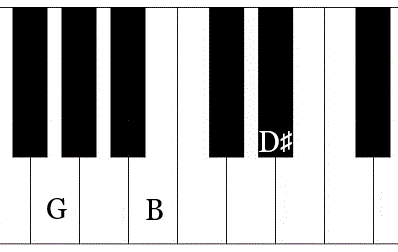 There are some variations on augmented chords. Some of these chords were the result of voice leading experiments in the late Romantic period of classical music in the 19th and into the early 20th centuries.

Some of it is more obscure than useful and you will likely never encounter it in written music unless you dive deep into your online piano lessons and love hard music theory.

The Augmented Sixth Chord (I+6):

In classical theory, there are three types of augmented sixth chords: Italian, German, and French. Each chord has a particular structure and purpose in its resolution to the tonic chord. However, they are not true augmented triads in the way we have studied them here.

These chords are all essentially variations on the minor iv chord with some additional chord tones added.

The Italian +6 chord looks like this when resolving to the dominant:

Similar maneuvers are made with the French and German +6 chords. To build the French version, add in scale degree 2 like this:

And to build the German, add in the flat third scale degree like this:

The truth is these harmonies are not Italian, French, or German. Music theorists argue over where these chords come from. They are most likely just the result of boredom and the desire to explore new tonalities and timbres using voice leading techniques.

You can use both of these sounds in chord progressions in place of a major chord or dominant chord.

How to compose with augmented chords

You can explore this example in more keys as well. Explore where the sounds resolve to a major chord or a minor chord. Of course, this example is only notated in one rhythm, but you could experiment with quarter, half, and whole notes as well.

Can you use the major scale to improvise or compose a melody to this chord progression? You might find that some of the notes don’t work so well …

Where are these chords used in popular music? Some of our more adventurous songwriters and composers will use the chords to lead between major, minor, dominant, and other types of progressions.

The most classic example is probably “Oh Darling” from the Beatles. “Oh Darling” opens up with a big E+ chord:

Augmented chords are a special and rare tonality. They are often used to elicit feelings of surreality and ethereal space. To some, they might sound uselessly dissonant and annoying. However, when used purposefully, they can add great character and depth to your piano playing!

If you are interested in learning more about music theory, harmonies, and scales, Skoove can help you reach your musical goals in an efficient and fun way. With over 400 interactive lessons on piano repertoire, technique, and theory, you will always have something new and interesting to check out!

You can always learn more about music theory and more advanced chords with Skoove. Check out the interactive lessons on chords, scales, and progressions and dive deeper into music theory today!