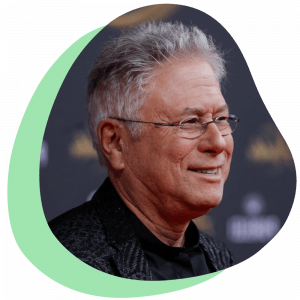 Disney’s take on Beauty and the Beast was written by composer Alan Menkin with lyricist Howard Ashman. The title song won a Grammy for “Song of the Year”. The song was also sung by Emma Watson in the live-action film in 2017. You can easily find this beautiful song on Skoove’s “Soundtrack” course.

Alan Menkin has an impressive list of shows he has written score and songs for including The Little Mermaid, Aladdin, Pocahontas, The Hunchback of Notre Dame and Hercules. His show, “Little Shop of Horrors” became a huge Off-Broadway hit before being made into a film. He won 8 Academy Awards and 11 Grammy Awards.

This song has proved to be timeless since it was first released. It’s in 4/4 time, and an opportunity to practice playing melody expressively with the right hand while the left hand accompanies with one note at a time.

When Angela Lansbury was asked to sing on the recording of Beauty and the Beast she was reluctant, feeling that her voice would sound wrong. However, once in the recording studio she did the song perfectly at the first time!

You can learn ‘Beauty and the Beast’ easily on the piano with Skoove!