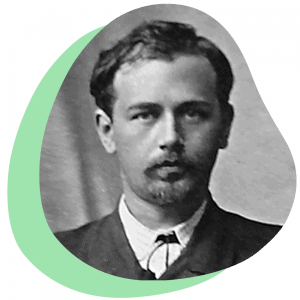 Composed by Ukrainian composer, Mykola Leontovych with lyrics written by Peter Wilhousky, this song was based on an old folk song called “Shchedryk”. They composed the song in 1904 but it didn’t get a premiere until 1916.

Take a sneak peek of the song Carol of the Bells

Mykola Leontovych was a Ukrainian composer and choral conductor. He was also a highly respected teacher and specialised in a cappella choral work (unaccompanied choir singing).

The song is written in 3/4 time but has a distinct 6/8 swing to it. The tune has a 4-note pattern which repeats over and over, making it easy to learn.

Mykola Leontovych was assassinated by a Soviet agent in 1921 at the age of 44. He was known for being in favor of Ukraine becoming an independent state, a point of view that made him many political enemies.