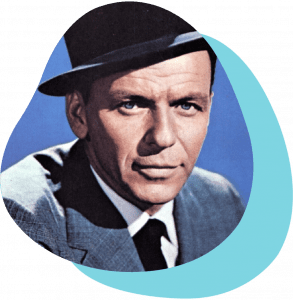 “Fly Me to the Moon” was originally composed by Bart Howard in 1954. However, the version most people know was recorded nearly 10 years later by Frank Sinatra, accompanied by the Count Basie Orchestra on the album It Might as Well Be Swing. By 1995, the song had been recorded nearly 300 times, making it one of the most popular jazz standards of all time.

The song was originally composed in 3/4 time, but the brilliant arranger and orchestrator, Quincy Jones, changed the tune to 4/4 time for the iconic Frank Sinatra version. What a nice move!

The Sinatra version was closely associated with the United States’ Apollo moon missions. The message resonated with the feeling of the times towards space travel and the journey to the unknown frontiers of the moon.