Everytime a musician sits down to play a piano they are limited to what they can play. The notes that come out of the instrument are either chords, arpeggios, or scales. Understanding and mastering scales is the key to playing an instrument well, but first we have to understand what they are. Scales are a tricky thing to talk about, because they require understanding a little bit about music to describe them. However, we know that in reality a musical scale is a very simple concept. A scale is really just a set of notes, in alphabetical order, that are a set distance apart from one another. We’re focusing today on learning about the C major scale, which is the only major scale that doesn’t use any sharps or flats!

The key of C major is a very simple scale. It uses all the natural notes on the piano, or white keys. Since we don’t have any sharps or flats, the only notes that are used in the key of C major are:

Learning about scales is very similar to learning about key signatures. Key signatures and  piano scales are actually different in a few key ways. Remember of course that all major scales and major scale notes follow exactly the same formula. I will recount that formula here, and don’t worry – you only need to know the most basic music theory to understand this.

All Major Scales follow the same formula, as a combination of half-steps and whole-steps from the root note. We refer to these steps in the pattern as scale degrees.

So with our knowledge, now we can write out our major scale. The C Major Scale is only the white keys, so follow along.

It can also be very fun to learn a variation of a scale pattern. This Pentatonic Scale pattern is commonly used in combination with the blues scale, to compose or improvise over blues music or contemporary rock music.

The C Major Pentatonic Scale can seem like it is very complicated, but let’s examine the word Pentatonic a little more closely. Penta is the Greek root word meaning five. So just by looking at the word penta, we can recognize our scale only has 5 notes. Unlike the chromatic scale, which has 12 notes, this one only has 5!

The notes of our C Major Pentatonic scale are:

We can look at this group and compare it against our major scale and analyze it with scale degrees. We simply remove F and B from our Major Scale, or another way we could say we remove Scale Degrees 4 and 7. Instead of seven notes, we now have five. We remove all the notes that are a half step in our formula!

Once you’ve got this in your hands, try playing Amazing Grace with the Skoove App!

How to play the C major scale

Even though we know the formula for how to play the scale, what we need to understand now is how to physically touch the keys in such a way that the scale can be played confidently and correctly. We do this through the use of fingerings. Fingerings are the order of fingers, which keys they play, and how our left hand and right hands use different fingerings, because our hands are mirrored.

Moving quickly with the right hand

The notes of the C Major Scale fall on the grand staff like this. Starting from middle C, we move upwards in pitch, playing each white key in order. Note also these exercises are written without time signatures, because we aren’t focused on playing in time yet, just learning the correct notes.

Notice that when we arrive at the note G, the note that follows is A, because in sheet music we only have 7 letters, and when we run out of notes in order, we will repeat them. 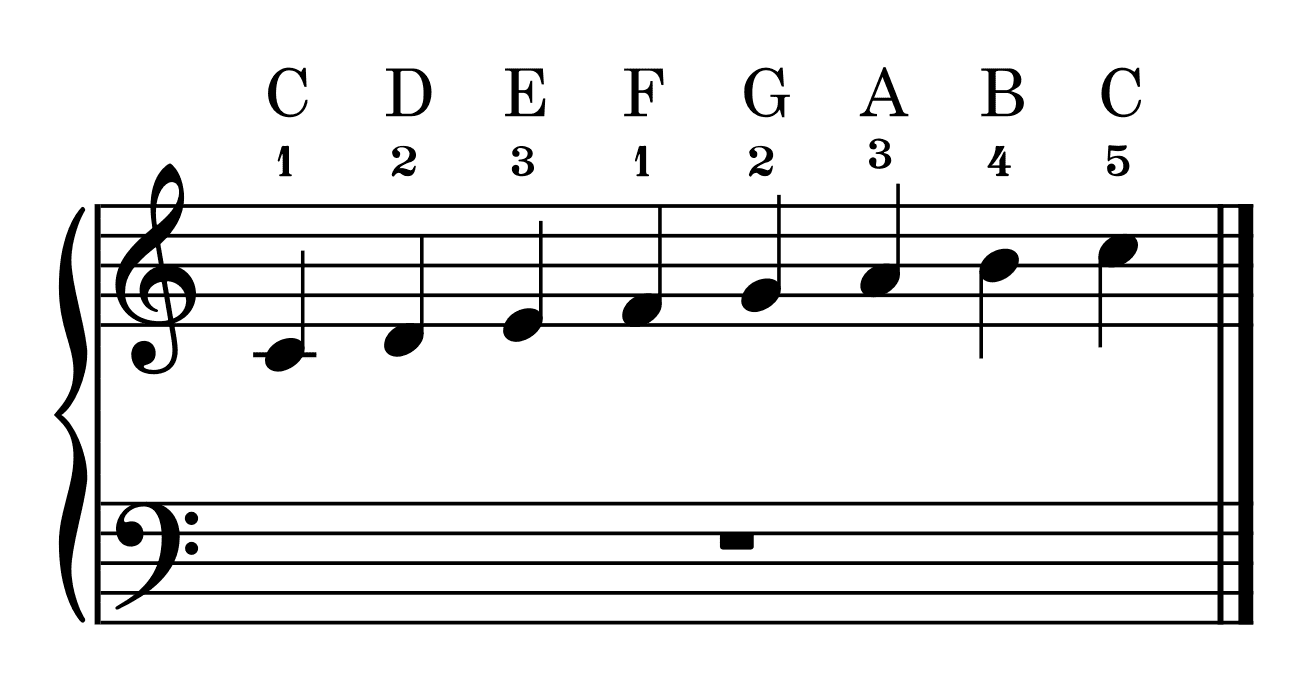 Here are the fingerings written for the C Major Scale. Pay close attention to how the thumb must pass under the fingers after the note E, and then begin again in order. Practice playing it forwards and backwards, until the thumb movement passes without any question.

A great way to practice playing two hand scales. This is a genius exercise that looks and sounds so much more difficult than it actually is. 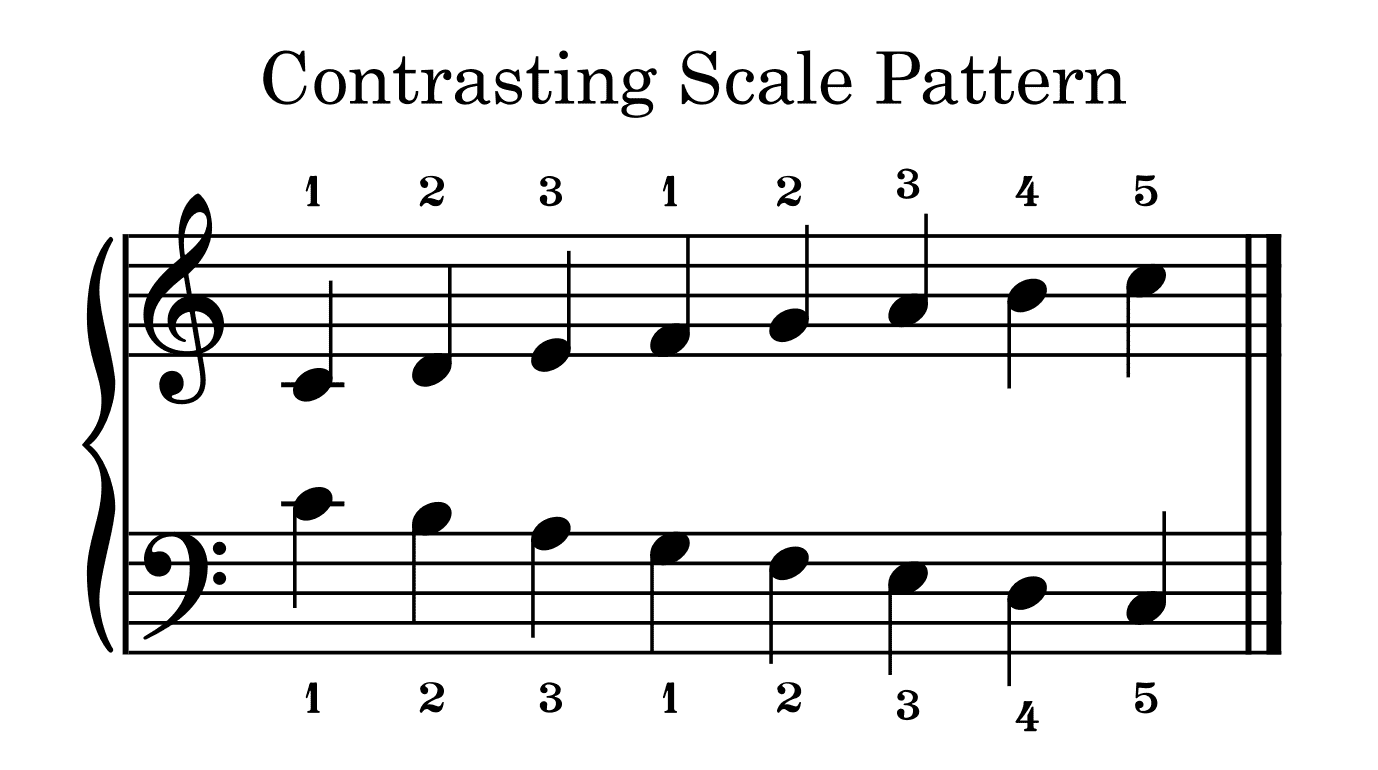 The summing up C major scale

Scales are a common thing to practice, because they are the single best way to learn how to reliably forget about your hands when playing an instrument. The feeling of playing a scale correctly on piano, and then forgetting what it is you were doing and letting your fingers fly without your influence is a feeling unlike any other.

Eventually scales become joyous, and ritualistic, and watching yourself grow and increase in speed as you continue to practice the same things is one of the best parts of being a musician. Keep in mind these things take time, allow yourself to go slowly, and focus on the fingerings – because the fingerings shown in this article are the most common fingerings of every scale pattern for Major Scales on the piano! Make sure to look at the Skoove piano app for a free trial of online piano lessons, and plenty of ways to use your new scale patterns!