Chrome Music Lab is an exceptional project from Google that will get your creative juices flowing and your inner composer composing. It’s an ideal assistant for those who want to train their ear or who simply don’t have access to a standard physical keyboard. Play around for a few minutes a day, and you’ll be accumulating music theory and compositional technique before you know it. Plus, who doesn’t love piano games?

Take a look below at the 14 tools that comprise the Chrome Music Lab and the different musical sensibilities it will allow you to exercise.

At the end of the day, all songs are a series of chords. This tool allows you to break down the molecular unit of music by experimenting with major and minor chords. With a segment of keyboard ranging from C3 to B4, you can both hear and see the three notes that make up each chord (respectively, the root, third, and fifth). The interactive visuals form a strong foundation for when you ultimately move to a set of real-life piano keys and feel the space between notes and the shape of chords with your own fingers. You’ll have seen it all before–it will only be a matter of mastering it for yourself!

Again you can pick apart the pieces of a chord, this time within the larger context of a chord progression. The colorful wheel uses the Circle of Fifths to demonstrate the way chords fit together, and you can toggle between the piano and harp functions (the word “arpeggio” originates from the Italian arpeggiare, “to play the harp”) to hear the individual notes that make up each chord. When you want to hear chords parsed out note by note, you can hit the “play” button in the center of the wheel–if you want to hear them at afaster or slower pace, you can adjust the metronome in the lower right-hand corner. Learning about sharps and flats was never so interactive…or so easy!

This tool taps into the relationship between music and physics by providing avisual manifestation of the frequencies of different pitches. Toggle between notes on the virtual piano to see the motion of the dots based on frequency. As anyone who has taken a physics class will know, higher pitchescause a lot more motion than lower pitches. If you’re a visual learner or interested in science, this is the perfect tool for you.

This function allows you to hear different string tones in different octaves. It has a similar visual component to Sound Waves in that you can observe the unique motion and frequency of each uniquely-tuned pitch.

The perfect tool for anyone who’s ever wondered what’s exactly going on in the most famous works of classical music. It provides a color-coded visual notation of pieces like Mozart’s Rondo alla Turca and Bach’s Prelude in C Major, letting you follow along with each note and chord in a context other than a traditional set of piano keys. An engaging way to familiarize yourself with chord progression, modulation, and melody.

The Voice Spinner allows you to record a few seconds’ worth of material–spoken, sung, hummed, whistled, you name it–and “spin” it one way or the other, as on a sort of turntable, with various corresponding effects. Toggling the rpm (revolutions per minute) on the spectrum at the bottom of the screen causes the pitch of the recording to distort higher or lower; toggling to the right plays the recorded material forward, to the left backward. A fun experiment in the malleability of sound.

This visual tool displays the timbre and other sound qualities of various instruments on a colorful heat chart. Watch while a flute walks up an octave scale, a bugle plays reveille, a wine glass sounds the root and fifth of the pitch it is tuned to, or a telephone measures the frequency of its buzz. You can even compare a human whistle against birdsong. Seeing a set of usually aural qualities reflected and quantified on a screen reminds you that music is everywhere and that every sound we hear can have musical properties if only we look out for them.

Inspired by the work of Wassily Kandinsky, an artist who drew connections between painting and creating music, this interactive feature invites you to draw on a blank white surface, then press “play” to hear your doodles and sketches given musical pitches and transformed into a notated sequence. You can add as you go along and ultimately weave a rich tapestry of sound. It’s a great method of training yourself to recognize the intervals between notes.

We’ve shouted out this one before – it gives you free rein over melody, harmony, rhythm, instrumentation, the whole kit and caboodle. Create your own compositions on loop; add, delete, or edit features as needed; then save them as files for you to refer back to later. This fun and imaginative tool lets you step into the role of songwriter, arranger, producer, and engineer. What better way to try on multiple creative hats just like the recording artists do?

This tool functions similarly to Song Maker, with the exception that it focuses solely on percussion. Experiment with the sounds of timpani, cowbell, woodblock, cymbals, and more, and try out different combinations by arranging two or four measures’ worth of composition. Listen on loop and modify your percussion piece as desired.

This is a simplified version of the Song Maker, concentrated on crafting melodies for a single voice or instrument. The columns accommodate a single pitch each, which can then be strung together into a melody on loop. Slide the metronome bar at the bottom for a faster or slower tempo, or hit the doubling function beside the play/pause button for the feature to automatically fill in a possible harmonization. This is a great feature for those without access to a keyboard of their own.

If you’ve ever run your finger along the rim of a glass to hear what pitch it is tuned to, this tool mimics that sound. This “glass” is tuned to F major and demonstrates the number of sound waves associated with the root, third, and fifth of the chord. This is one of those games that works IRL, too–all you need is a glass.

An oscillator is a circuit which produces a continuous, repeated waveform that can be used as a sound source in places such as a recording studio. This tool introduces you to four different types of oscillators–square, sawtooth, triangle, and sine–and the frequencies at which they can operate. Click on each oscillator to hear the sound it emits at its particular waveform.

With this Chrome experiment, you and your friends online can tinker around on a virtual set of keys in real time using MIDI or computer keyboards. Up to ten people can play on a single set of keys at once. In a period when so much learning and teaching has moved to the internet, this game keeps people connected through the act of playing the piano and making music.

We hope this has been a handy guide to piano games as a whole, and to Chrome Music Lab in particular, which is a trusty means of augmenting your music learning experience–even if you aren’t working with augmented chords. And, of course, be sure to make use of those transferable skills by downloading the Skoove app available on iOS and Android, where you’ll find even more tools that will inspire you to strengthen your musical prowess.
Your Lab awaits you! 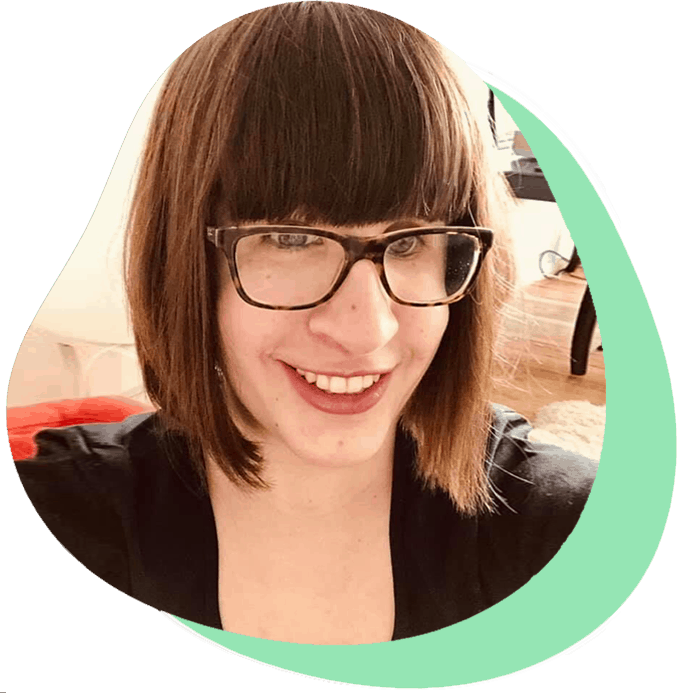 Cecilia Gigliotti is a writer, musician, and photographer. Having spent her childhood singing and performing, she took an additional interest in the piano as a teenager and grows more passionate about it with each passing year. She lives in Berlin with a ukulele called Uke Skywalker: she can be found covering her favorite songs on YouTube (Lia Lio) and writing about music elsewhere on the Internet..