Jazz theory refers to a particular area of music theory that relates to the chord progression, scales, melodies, and rhythms primarily used in jazz music. It uses the same tools as more traditional music theory, but can be applied in a generally more free-form way to analyze and communicate more abstract concepts.

Jazz music can appear to be an abstract and complicated form of music that many people decide is too difficult for them to understand. However, many of the same basic principles we learn in other types of music apply to jazz.

What is jazz theory?

Jazz presents a huge realm of music to assimilate and experience. Additionally, many musicians have problems even using the word “jazz” to describe their music. For many people, jazz refers to a particular type of music that was created from the 1920s-1950s in the USA primarily by African-Americans. However, many musicians have abandoned this word, due to its derogatory history and negative cultural connotations.

Artists such as the multi-instrumentalist Nicolas Payton have written extensively about this topic. As such, even discussing the topic of a “jazz theory” is a bit of nonsense. There really is no “jazz theory.” There is simply a set of tools that we can use to analyze chord progressions, scales, melodies, and rhythms if we so choose.

With that said, let’s dive into some of these music theory concepts.

What chords are used in jazz music?

We need to have a more advanced understanding of the different types of chords to include the wide world of seventh chords such as major seventh, minor seventh, dominant seventh, half diminished and fully diminished, as well as extended harmonies that incorporate the 9th, 11th, and 13th scale degrees.

All this may seem a little like gibberish to you. If so, online piano lessons with Skoove might be a great choice for you to brush up some of your skills! So, let’s take it slowly.

What are seventh chords?

Seventh chords are in essence four note chords that extend the basic triad to include the seventh scale degree. There are five main types of seventh chords we should be familiar with: the major seventh, minor seventh, dominant seventh, and half-diminished and fully-diminished 7th chords.

Let’s explore all of these starting from the root, C. 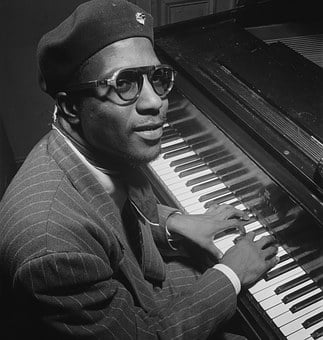 Perhaps the most common chord progression in all of jazz standards is called “ii-V-I.”. In jazz theory, this means that we start with the second chord in a given key, move to the fifth chord, the dominant, and then resolve to the one chord, or tonic. From there, we can go anywhere the piano keys take us.

For example, in the key of C major, this chord progression would be:

Learn to play this chord progression all over the piano and you will have mastered an important piece of jazz theory!

This kind of jazz harmony is used extensively in jazz standards.

Jazz music often uses a wide range of piano scales to access the chord tones of more advanced jazz harmony. Scales that are commonly used in jazz music theory include the modes of the major scale, the minor and major pentatonic scales, and the melodic minor scales. All of these scales are used in different ways in jazz improvisation and we can use jazz music theory to understand their contexts and placements.

Using the modes of the major scale

For example, we can use the modes of the major scale to play over the ii-V-I progression. In “Autumn Leaves”, we begin with a ii-V-I in B♭ major.

This means that over the C minor 7 chord, we can play C Dorian mode (the second mode of the major scale).

Over F7, we can play the F Mixolydian scale (fifth mode of the major scale).

And, over B♭ major 7, we can play B♭ Ionian (the first mode of the major scale).

Using these musical modes will help you play the chord tones, or the particular notes that outline the chords. For many people, this is an essential part of jazz improvisation.

The melodic minor scales are primarily used over an extended or altered chord. These scales hit chord tones that are outside of the basic chord and are generally considered more dissonant. They have a beautiful, dark, and rich timbre however and understanding how to use them on 7th chords should be a requisite understanding in jazz music theory. 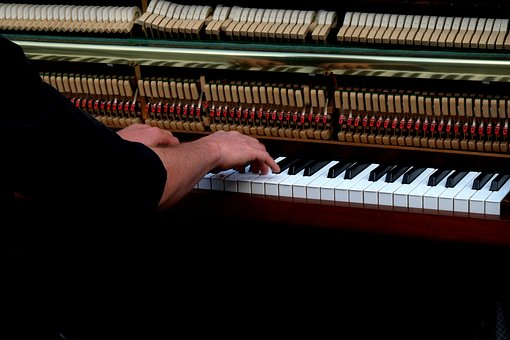 Can you play jazz without knowing theory?

Yes of course you can play jazz without knowing anything about “jazz theory.” You do not need to know how to analyze chord progressions in a theoretical way or understand why certain scales fit over which chords.

What is more important is knowing and appreciating the history of the music, its roots, and which musicians played what jazz standards and what changes they made to the music.

On the other hand, it is important to understand how to play piano to a more advanced level. Meaning, you will need to be able to play more advanced harmonies than basic piano chord pop songs, including some of the different 7th chords. But, you do not need to be an expert in “jazz theory” or understand exactly in-depth how all the chord progressions and scales fit together.

What is jazz theory useful for?

You might be wondering then what jazz theory is useful for? If you don’t need to understand the analytical theory behind the music, what is the point of studying it at all?

It can help you to understand what you are playing

Understanding the particular points of jazz theory such as how chord progressions fit together and why certain scales work better with other chord progressions can help you to play more interesting melodies while you are improvising. It can help open new creative doors for you by revealing hidden patterns in the music that you might not have otherwise found.

It can help you to conceptualize the language of the music

Understanding jazz theory can help you to better conceptualize the language of the music. For example, if you can identify that a particular musician played a specific scale over a dominant chord, then you too can play that specific scale in the same harmonic context.

Jazz theory is a bit of a misnomer. There is not exactly a particular branch of music theory known as “jazz theory.” However, we can use many of the tools from music theory to identify particular aspects of jazz music that are important to understand such as chord progressions, scales, and rhythms.

If you are interested in learning more about chord progressions, scales, and music theory topics, as well as learning repertoire in the rock, pop, blues, and jazz worlds, then consider taking some lessons with Skoove. Skoove’s in-depth and easy-to-follow lesson plans will help you to become a better pianist quickly and efficiently. Try a free 7-day trial and explore the fun and joy of making music today!