There are plenty of tips and tricks out there on how to write a catchy song, come up with creative melodies, or be a thoughtful, savvy composer.

I’m talking, naturally, about arranging pre-existing music for performance on the piano.

The piano has been one of the building blocks of musical orchestration for at least two and a half centuries now. With eighty-eight keys and pedals for sound-sustaining effect on a standard keyboard, it boasts a fuller sound on its own than many other instruments do, prompting musicians at all stages of development to consider it a go-to for learning the repertoire of others and composing a repertoire of their own. In the age of the internet, cover culture has flourished more voluminously than ever, with professional and amateur artists alike taking the most complex instrumentations and boiling them down to a simple yet effective series of piano chords. 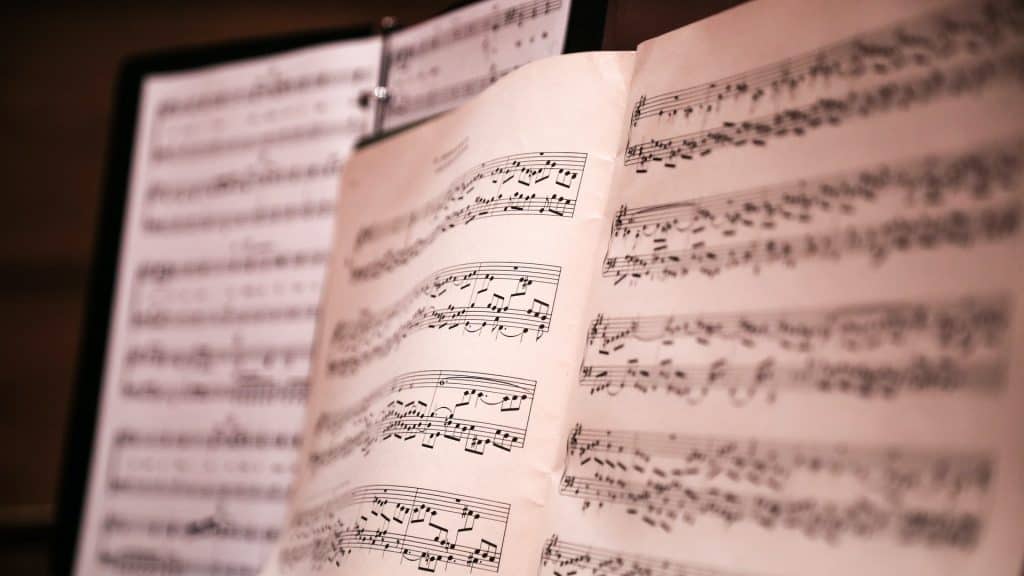 On a personal note, most of my piano experience has revolved around this practice. Having had little formal training (that is, having largely taught myself to play throughout my teenage years and young adulthood) and no classical training–and, just as importantly, being the type of person who listens obsessively to popular music of all genres–I learned to approach the instrument with the aim of getting closer to the artists I loved and developing a more intimate appreciation of the songs I loved. We’ve amassed a vast repertoire of musical expression over the centuries, and it can be a uniquely gratifying experience to engage with pieces of that repertoire in a hands-on way.

But supposing you’re just starting out. Supposing you’re only trying to get your bearings on the keys themselves, much less write any brand-new music. Suppose you love all sorts of music and, like me, want to gain a modicum of mastery over it. Not to mention, as we’ve covered before, you want to have fun ! Where to begin, aside from hooking up your keyboard to the Skoove app?

Here are ten steps to start you along the path of lending your own sensibility to someone else’s song in piano performance. They aren’t mandatory–they don’t even guarantee success–but they’re a solid foundation.

1. Listen to other covers

This goes for both covers of the song you’re looking to arrange and covers of other songs. You can rely on your own tried-and-true favorites, dipping into your archive of beloved artists singing songs from outside their catalogue–or you can always spend a few hours on YouTube studying coves of your favorite tunes.

Identify which renditions resonate most loudly and deeply with you, then try to identify why that is.

(Two examples: Adele excels at covering a spectrum of material, from Bob Dylan to The Cure and Queen have been known to make even very popular songs unmistakably their own.

2. Get to the essence of the song

Now it’s time to turn to your own work. Since we’re focusing on arranging a piece for the piano, it follows that your cover may not sound as full or sophisticated as some of the covers you might have absorbed in step one. That’s okay: it’s beside the point. We haven’t even gotten to sound yet, in fact. The thing you’re after at the end of the day, first and foremost, is the essence of the song itself.

Some questions to ponder in regards to this:

You don’t even need a piano for this step–just sit down with pen and paper and make a list. The more faithful you remain to the crux of the songwriting, the freer you will be to tinker with the bits and pieces that make up the song and will ultimately separate your arrangement from it. 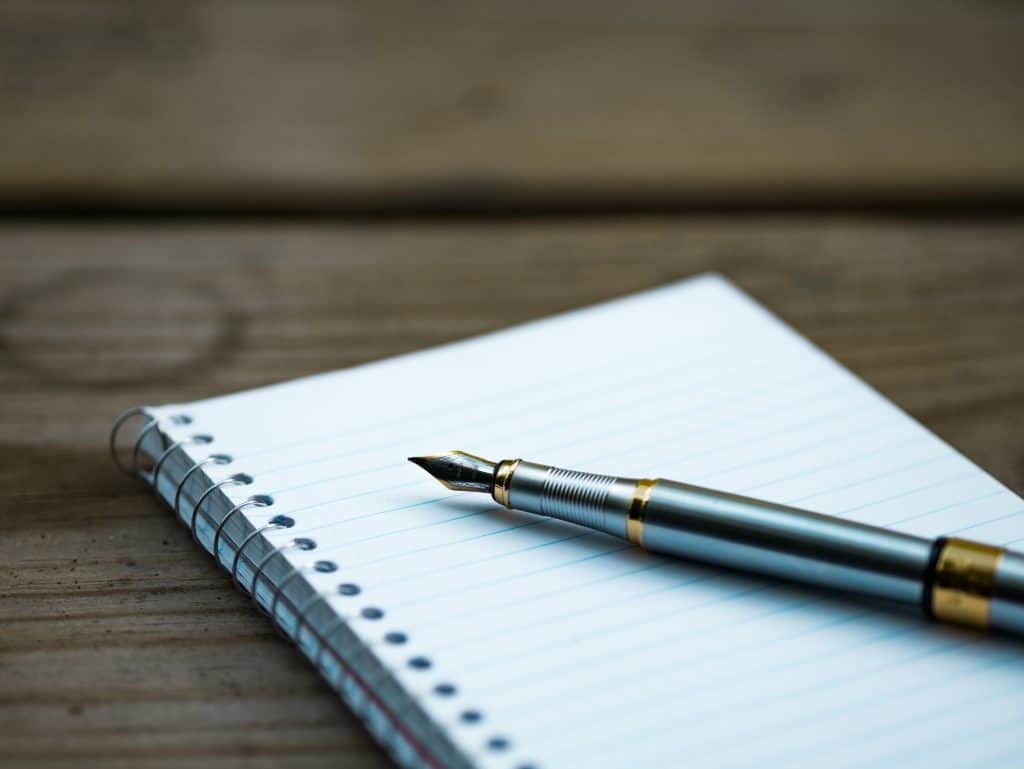 Chances are, if you are arranging a popular song for piano, the song either was not written for piano originally or features piano in a very limited role on the recording.

In either case, your version will have the piano working harder–working overtime, even–to express by itself what the original recording expressed with a whole studio full of instruments and voices. Since that is already the case, don’t hesitate to deviate from the original genre. This is where some of those covers you listened to can inspire you.

With a few tempo changes, an upbeat anthem can be slowed to more closely resemble a power ballad; with an altered bassline, a folk tune can turn bluesy. And don’t assume that a piano arrangement need only be meditative or sweepingly grandiose–styles such as honky-tonk, music hall, or even country can look good when worn by songs from outside their genres. YouTube brims with songs covered in unconventional styles, and there’s a reason they get so many views.

4. Determine how to accentuate the lyrics–or whatever else you feel should be accentuated

As arranger, it’s your prerogative to prioritize certain features of the composition. What your audience will hear is entirely up to you; what they will end up taking away from it is entirely beyond your control, but it starts with what you present to them.

If the song has lyrics, they are one of your most obvious opportunities to take creative license. I personally am a big lyrics person: a primary component of any piano arrangement I sit down to devise is how I hope to express the lyrics and which lines I want to stick with a listener long after the arrangement has ended. Perhaps you add a melodic intro to a song which usually starts a cappella–or perhaps you choose to forgo an intro in favor of grabbing the listener’s attention with the first words. Perhaps you’d like to cut off the instrumentation, leaving a section of lyrics (even the end of a line) hanging in midair. When it comes to interaction with the lyrics, it can be as much about what the piano doesn’t do as what it does.

5. Play around with different aspects of the song’s composition

Remember, when you are arranging, the song becomes fodder in your hands. Don’t act as if anything is sacred or off limits–nothing is.

Speaking of the way you structure the chordal arrangement around the lyrics, you can even go so far as to omit or change some lyrics depending on the tone you want to set. (For example, artists will sometimes alter lyrics to align more closely with their gender.)

Add intros, outros, or interludes as you feel is needed: certain melodic portions may lend themselves well to transitioning the listener into or out of the song. One thing I like to do is to tinker with the ending of a song until I get it just the way I want it. This can involve vamping and riffing for several measures to signal that the main thrust of the song is coming to a close; or it can involve a short cutoff, bringing the action to an abrupt halt for dramatic effect. Or something else. It’s up to you. As with every step of this process, keeping the mood you want to establish as the driving force behind every factor of the arrangement will lead to a cohesive, engaging sound. Give yourself time to become familiar with the piece and then play it with the intention of communicating what it means to you. Try it with Fly me to the Moon:

Go with your gut. If something feels right, it probably is–or, at least, you’ll never know if a sound truly works until you try it out loud.

7. Give it your own spin

Don’t be afraid to let your personality and musical “stamp” shine through–it’s your arrangement, after all, and listeners will love it all the more if it is genuine.

Fall back on the techniques that make your favorite tracks and artists what they are. Let them be your guides and your influences. Steer clear of imitation if you can, though, especially if you’re new to arranging: to paraphrase a famous creator, you’re always better off as a first-rate version of yourself as opposed to a second-rate version of someone else. And it’s widely accepted in the musical community that, unless impressions are your “thing,” the best part of a cover is the chance to hear a personalized interpretation of a pre-existing song.

In other words, give the people what they want–you! 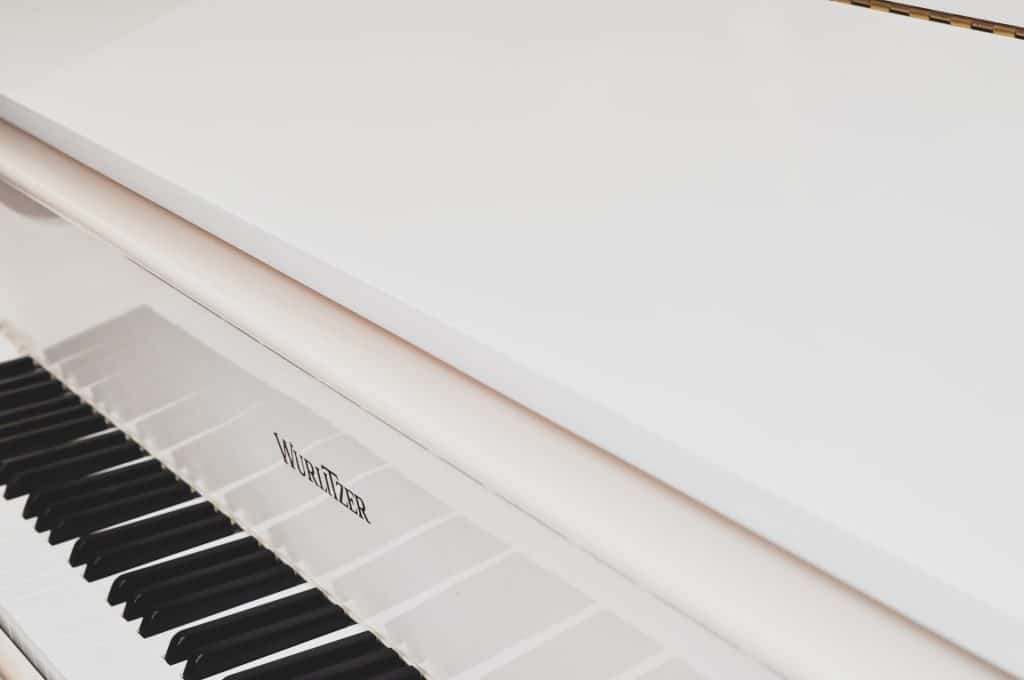 As I mentioned, the internet augments our musical endeavors like almost no single invention has before, transforming the creative process on a molecular level. Myriad tools exist to help you create the atmosphere you’re after and reach the essence I talked about above.

One particularly useful and unique tool is Chrome Song Maker, which lets you experiment with different melodies, rhythms, and orchestrations. This tool is perfect for constructing original compositions as well, should you get the urge to try your hand at it.

?  Click the play button on the lower left side to hear this example or on “Edit with Song Maker” to directly open the tool in a new tab.

9. Get a second (or third) opinion

Once you’ve created an arrangement with which you yourself are satisfied, test it out on some trusted friends and connections. Bonus points if they are musically inclined. Ask them to articulate how the arrangement makes them feel and whether they think it encapsulates the truth of the composition. Conversely, don’t ascribe disproportionate weight to their opinions.

You’ve created this piece of art for your gratification, and if you feel you’ve remained true to the process throughout, that is what matters. (My modus operandi is that if a listener dislikes it that much, well, perhaps it will induce them to go write their own arrangement, and one more arranger will have been added to the population.)

If you’re comfortable, try out your arrangement in front of a bona-fide audience. Depending on how well-known the song is, you could field a range of reactions, but there’s a good chance people will be pleasantly surprised at the intimate, mono-instrumental reimagining–whether of a standard or an obscure tune–and appreciate the effort you’ve invested in arranging it.

Regardless of the general response, though, putting it out there in the world might be just the confidence booster you need to get to work arranging another song, and then another. Who knows, it could become a cherished pastime before you know it! Let’s play Beauty and the Beast. The Skoove app will take you through step by step, starting with the right hand and then moving to the left.

So there you have it: ten points to get you in the arranging frame of mind. It might seem like a daunting task at first blush–and, admittedly, it isn’t necessarily easy, even if you’ve got perfect pitch or a highly attuned ear. But the work that goes into it is what makes it a fulfilling exercise; it can enrich your musical life, or at the very least your free time, in untold ways. Not to mention it will increase your comfort and skill on the piano tenfold.

To start you off on popular material, we’ve offered a range of cinematic ideas in a previous article. And, of course, don’t forget to download the Skoove app, available on iOS and Android, for even more ways to strengthen your musical skills across the (key)board.

Cecilia Gigliotti is a writer, musician, and photographer. Having spent her childhood singing and performing, she took an additional interest in the piano as a teenager and grows more passionate about it with each passing year. She lives in Berlin with a ukulele called Uke Skywalker: she can be found covering her favorite songs on YouTube (Lia Lio) and writing about music elsewhere on the Internet.