Recently, we released the exciting new course “Chords and Scales” to add a different dimension to our ever-expanding courses. With this course, you will learn how to accompany many songs with piano chords and even improvise and create your own music using beautifully sounding scales.

So, what are piano Chords and Scales?

Before you venture into the course, it might be helpful to understand some basics.

If this is your first try with chords, you might like this fun introduction with Chrome’s Music Lab!

A scale is made up of a sequence of ordered notes, either ascending or descending.  Commonly, notes from a single scale are used to compose the melody and chords throughout a song.

Let’s take a look at the most used scale in western music.

The white keys on the piano, starting with C, represent the C-Major Scale.

Any major scale has a particular structure.

You’ll notice this structure if you pay attention to the black keys and the distance between the keys that form the scale. 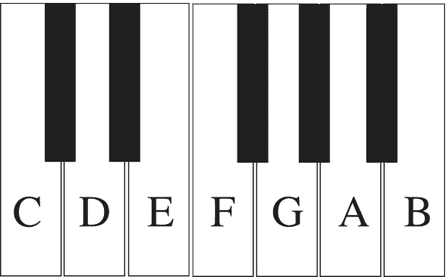 Looking at this, what you’ll find is a certain ‘formula’ made from a specific order of whole tone and semitone steps.

This formula is called The Major Scale. The Major Scale creates a certain melodic feel and mood, which your ears will certainly recognize. The starting note, C, is called the Tonic and it defines the name of the scale.

Let’s take a look at the formula for The Major Scale: (W for whole tone step and S for semitone step):

With this formula, you can build The Major Scale all over the keyboard, no matter which key you start with.

Try playing a Major Scale starting with G as the tonic, and be sure to follow the exact formula.

If you follow the formula, you will sometimes end up with sharps and sometimes with flats – it all depends on where the tonic is! These sets of sharps and flats are what the key signature is made of.

Did you notice you ended up with one black key? This one is called F# (not Gb since you cannot skip a letter when building a scale).

In the case of the G-Major scale, you have one sharp (F#) in the key signature. The sharp at the beginning of the score is valid for every note F in the score.

Check out scales and how they sound like with “Magical Moments I” and ‘Mystical Moments.’

Generally speaking, chords are made of three or more tones played simultaneously (harmonically) to create a harmony, and they’re often used to accompany a melody.

When chord tones are played one after the other successively, it’s called an Arpeggio or Broken Chord, and they are also considered Chords. 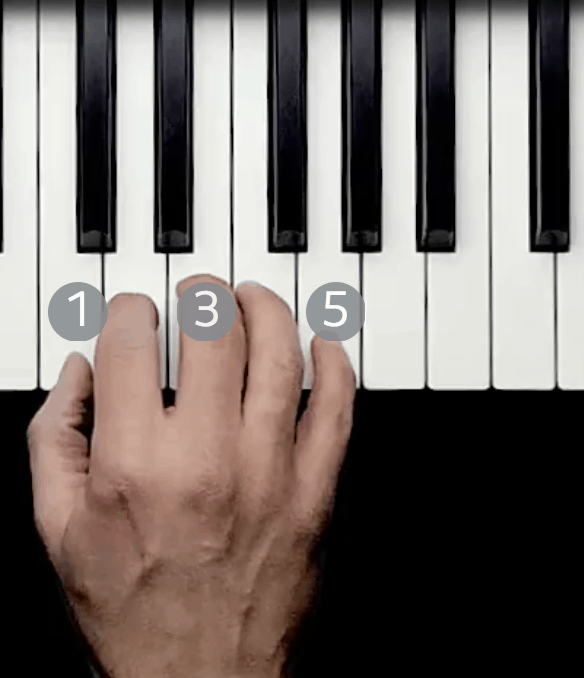 The most commonly used piano chords are called Triads, and they’re made up of three notes combined together. You can easily create chords and triads by playing a key and skipping a key.

Let’s go back to the C Major Scale and build a triad. C is the root note – the note the chord is based on. Just skip a note to E, then skip a note to G and you end up with three notes: C, E and G. Those are your triad notes for the C-Major Triad.

Play the notes of the C-major triad at the same time. Sounds happy and hopeful, right? Remember how it feels when you play a major chord. Subsequently, you can build a triad starting with the root D.

Then you have D, F, and A. Now, play these notes all at the same time. But hey, do you notice the chord sounds different than the Major Chord? It’s much more melancholic and sad, right? That’s because it’s a Minor chord.

Learn more about the reasons why minor and major chords sound different in this article.

You may go on to play a triad starting with all the notes in the scale by building a third, then another third. 7 different chords can be found in a scale because there are 7 different notes.

This is why a song may have many chords but stays in the same key because all the notes in the chords are made up of a single scale.

The recipe for piano chords

Test your knowledge and jump to our first chord course: “Meet the Chords I.”

Stay tuned for more “tips and tricks” blog posts like this one. There will be regular posts to help you gain more knowledge and skills to accompany your journey with Skoove.