When you’re looking, listening, or talking about music, often times the word “chord” will come up. New music terms can be very intimidating and seemingly complex, when, in fact, they are simple. Chords are so unbelievably common, that they are a necessary step in becoming the best music student you can be.

What are piano chords?

In music, a chord is simply the combination of three or more notes played simultaneously. Piano chords then are when you play basic chords on a piano. So, any time you sit down at the piano and push down three or more keys at the same time, you have played a chord! That’s it. The notes can be split between two hands, or played only on one hand. Chords begin as simple as this and will continue to grow in complexity. There are some specific attributes that define the basic chords that are most commonly used in music.

The main type of chord that you will be learning about in this post is called a triad. A triad is a three note chord. Think of a triangle or a triceratops – the prefix “tri” indicates a group of three.

Triads have three notes. The first note is called the root note. This is one half of understanding what the name of any chord means. We combine our root note with a “quality” of chord. Each chord has these two ingredients. For example, if we examine a “C major chord”, we can tell the root note is C, and the quality is “major”.

In this way, we can very quickly learn to play many types of chords, because they have a lot of things in common. A G major chord, an F major chord, and a C major chord have different roots, but they are all exactly the same “quality” of chord.

The most common chord qualities are:

We know what the root of a chord is, so we must now learn what to call the other notes in a chord. The middle note of the triad is called the third. The third is extremely important. The third defines the chord as a major chord or a minor chord. A major chord generally sounds happier and brighter while a minor chord generally sounds darker and more sad.

The top note of the triad is called the fifth. The fifth adds stability and weight to the chord and closes out the triad sonically. The fifth is also important because it can further define the chord as an augmented chord or a diminished chord. In a major or minor chord, the fifth is seven semitones away from the root.

The most important chords to know

The most important chords to learn are the most commonly used ones. There will always be a certain number of chords that come up more often than others, so we will learn those first today. These chords also happen to be the chords that appear naturally in our  C major scale. Major and minor are the most common chord symbols.

Later in the article we will learn that there are simple ways to modify any major chord into any minor chord. We can also translate any minor chord into any major chord, just by changing one note. This means that by learning these basic chords, and how to modify them, we effectively are doubling the amount of chord knowledge. See the most important chords you need to know below.

What is a piano chord chart?

A chord chart can mean two different things. Often a chart refers to a big page, like an encyclopedia page that can act as a reference. This can be a very quick way to do a look up for something that you don’t know. Many chords sound like they have complicated or complex names, but in fact, as explained, chords are made up of only two parts, they are deceptively simple. Learning how to spell any chord is always the best answer.

Chord charts are generally broken up into two categories, so to find the chord you want you need to know two pieces of information: what is the root note of the chord you’re looking for, and what is the quality. If we were looking for C minor, our root is C and the quality is minor. So we find first our root note C, then move to the right over until you can find minor. The highlighted notes are the notes that are played. 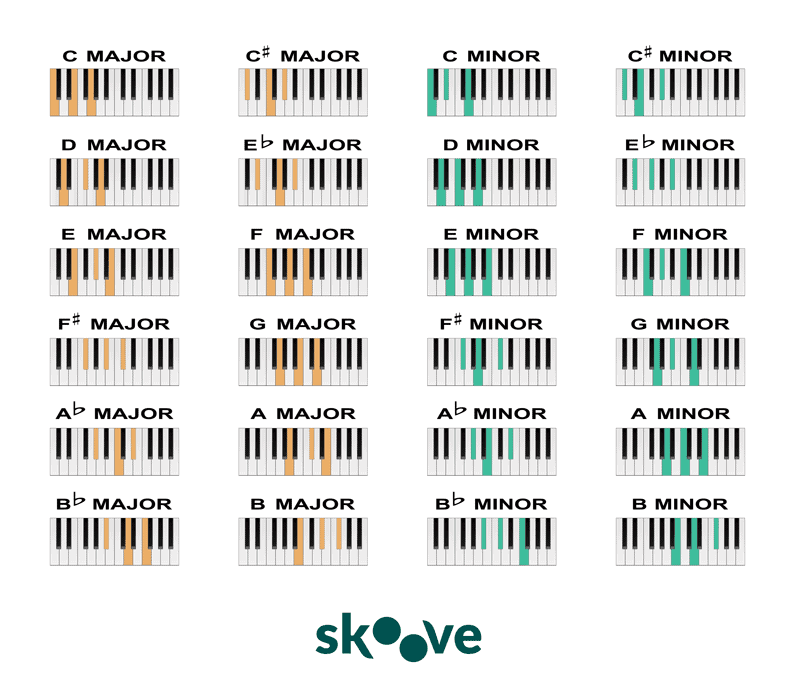 How piano chords are notated

Once you understand the different parts of chords, we need to learn how to recognize them in sheet music, and written down. When we are asked to play chords, you could have a lot of different ways of playing them. Here are the two most common ways to play these chords, for right hand and left hand. You can also look at the end of this article for a complete chart of all major and minor chords on piano.

Pay attention to the chord symbols. The first way you will increase your chord repertoire is to learn how to change the minor chords you already know into major chords. Remember that the difference between a major chord and a minor chord lies in the third, or the middle note of the chord.

Take a look at these examples: 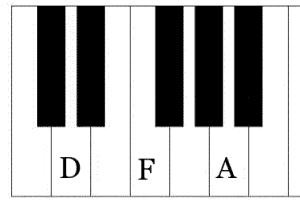 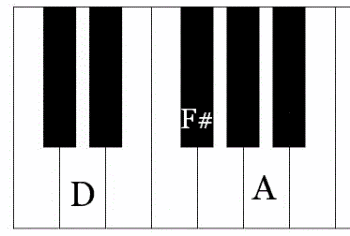 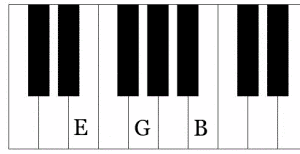 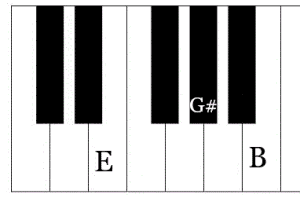 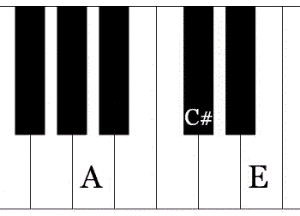 You can take any major chord and identify its third, then you can lower that to form another basic piano chord, the minor triad. This works for every type of chord, starting on every root, in every key.

Start with an F major chord, spelled F – A – C. We identify the third, A, and then lower it down by one half step, to an Ab. This creates our new triad, F – Ab – C, which we can call F minor. 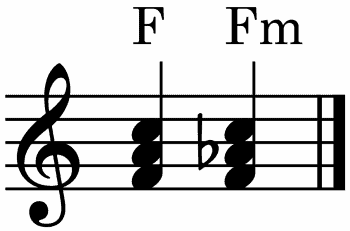 This piano chords generator helps you to find any chord you need and will come in handy if you forget any chords along your way!

If you are reading this from a mobile device, rotate it to display the tool in full width.

* You can do the same with scales.
** You can invert chords and scales

Chords are an integral part of playing music and playing the piano. Remember, every time you play 3 or more notes on a piano, you are playing a chord. You can learn how to recognize and play any chord on any chart quickly and easily, by learning and remembering your major and minor triads, and learning how to convert any triad to its opposite – major to minor and minor to major.

A much better choice is to take online piano lessons ore use piano learning app, and commit these to memory. Start your free trial with Skoove today.

Alvin Shipp is a Multi-Instrumentalist Composer, Performer, Producer, and Educator from Portland, Oregon currently based in Berlin, Germany. He’s worked extensively in the USA and Germany, has released Over 15 Albums. He has been teaching upper-level students for over 15 years, and currently lives as a Freelance Composer, Mixing & Mastering Engineer and Teacher.
Created in March 23, 2022● Updated in May 13, 2022