We are thrilled to announce that we just released remme’s last song “Get Older” on Skoove!

If you don’t know remme, he is a 20-year-old singer/songwriter from Eindhoven, Netherlands. His interest in music started at the age of six when he began playing the guitar, picking out tunes he listened to on the radio.

Freshly signed to Vertigo, a sub-label of Universal Music, the young artist has just released his first single, “get older”, with a videoclip.s

He is definitely one of the artists to follow in 2020, with a promising future as his catchy debut single already passed a million plays on Spotify. Remme will release his first album in 2020, a project including 12 tracks with varying influences.

In “Get Older”, he plays the piano rather than the guitar. We wanted to know what made remme switch to piano for this song. And to kick off the giveaway, we’ve partnered with Universal’s artist to create an exclusive piano lesson for his hit song.

Learn to play the song

Get to know the artist 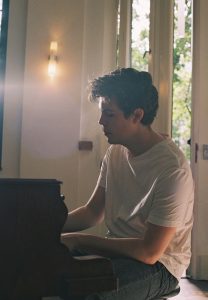 What made you want to learn the piano? How did you learn it?

When I was about twelve years old, I started writing songs on guitar. Because I always got inspired by the sound of the instrument, I was playing during my writing process.

I bought a piano 2 years later and I tried to play songs I knew, just by listening to them. I did this for a couple of hours a day and started getting better at it. I loved the sound of my voice together with a piano a lot. I also noticed that some of the songs I wrote on guitar actually felt a lot better on piano. “Get Older” was one of them.

Any tips for our piano-learners?

Trust your ears and play with your heart! 🙂

Where are your musical influences coming from?

My musical influences are pretty much all over the place. When I got the Spotify-app on my phone my inspiration was endless. I could go from Fleetwood Mac to Justin Bieber and from Frank Ocean to Elvis Presley with just one tap on my screen. I could also kind of make my own albums in the form of playlists. I guess it’s a millennial thing.

What inspired your song ‘Get Older’? 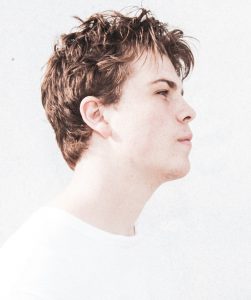 When I was about 16 years old I started travelling between my home in the Netherlands and the studio in Berlin, where I was working on my music. A lot of things happened in a short time and I felt that sometimes it was hard to live in the moment and enjoy all the small things. “Get Older”‘ is about living in the moment and grabbing chances before they slip out of your hands.

You recorded a video of you playing your song in an acoustic way. Is it important for you to remain authentic in today’s world?

Yes absolutely! When I’m performing one of my songs live I always try to go back to the same feeling I had when I wrote it. That’s why for me it feels a lot better to also play piano (or guitar) while singing on stage. I think when you go back to the moment you wrote the song while playing it live, you always remain authentic.

How do you feel about playing in front of an audience?

I love playing live! Actually, I had my first ever live-show last January, it was great to rehearse my songs with my band and finally play them in front of an audience. I’ve had a couple of shows since then and I’m really looking forward to playing a lot more this year. 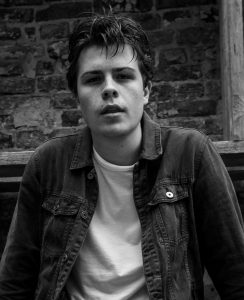 What do you think of Skoove and of the concept of learning piano with an app? 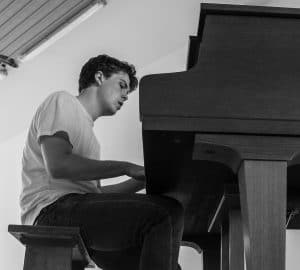 I think Skoove is an amazing app to learn to play the piano for everyone who hasn’t got the time and/or money for traditional piano lessons, especially now that “Get Older”‘ is on there.

With a bright future looming for this songwriter/performer, remme comes across as a guy who writes and plays from the heart.

Have a listen to his song “Get Older” and then go through the lesson on Skoove – you’ll be enjoying imagining playing in front of your fans in no time!

? GIVEAWAY ? Win one year of Skoove Premium for the release of Remme’s song “Get Older” on Skoove! To participate: like this post and tag a fellow piano-learner. You can even enter the contest on Facebook to double your chances! Happy playing!